Senior Deputy Majority Leader Nicholas J. Narducci Jr. (Ward 4) has been working closely with the Department of Environmental Management and other city and state agencies to work on fixing the Canada Pond Dam. He was joined on the site tour by Lieutenant Michael Fallon and Captain Alyssa Dendrade.

“There has been a dam at Canada Pond long before I was born, and not much has been done to it over the years,” stated Senior Deputy Majority Leader Nicholas J. Narducci Jr. “If this dam were to be compromised it would do irreparable harm to the neighborhood. It would likely flood Branch Avenue and would damage power lines that go directly to one of our City’s substations. I am very happy that the state is addressing this issue.”

Currently, the pond is being drained to make much-needed repairs to the gates and the dam. This process will retrofit the dam so that it is safe for the foreseeable future.

Canada pond is located off Branch Avenue next to Route 146 and is roughly a mile long. Narducci continued, “There have been no significant repairs to the damn since the early part of the last century, and this is an important safety fix for our residents.”

As the pond has been drained, workers have come across Jeeps, cars, trucks, tires, garbage, and even cement blocks tied together by rope. “As interesting as it was to see these items come to the surface, it’s a reminder that we need to be better stewards of our natural areas,” continued Narducci. 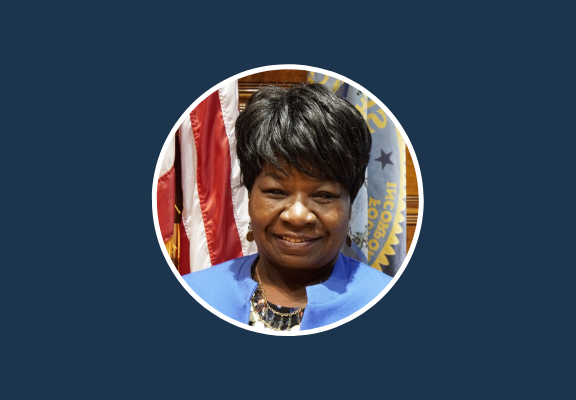 “The North End is a neighborhood that is seeing positive growth,” stated Senior Deputy Majority Leader Nicholas J. Narducci Jr. “The North End residents are very loyal to local businesses, and I believe these two new businesses are a testament to the loyalty of our residents.”

Narducci continued, “It was my honor and pleasure to hold ribbon cuttings at United Community Martial Arts and Jireh Market last week. These businesses will add so much to our community, and I am honored that they chose the North End to call home.”

All of their programs are designed to be accessible to beginners, children, families, and individuals of all ages while inspiring and challenging newcomers and seasoned martial artists alike to new levels of strength, flexibility, endurance, superior health, and athletic performance.

They are a non-profit Family Community Center dedicated to peace, health, and safety. They also provide a free trial program to anyone who wants to try our martial arts institute and scholarships for tuition to those families who need financial assistance. For more information visit them on the web at teamunitedacademy.com.

Jireh Market is located at 567 Charles Street and has off-street parking. It is owned and operated by Jissel Jireh. The market offers a variety of grocery staples and caters to a multi-cultural neighborhood. They have everything from name-brand American products to products from South and Central America.

“As a board member of the North End Business Association I am pleased to welcome these great new establishments to our neighborhood,” stated Michael Florio. “Together these new businesses are adding much-added value to our community

“My job as a Councilor is to advocate for my constituents, and to support quality of life initiatives that will benefit everyone in our community,” stated City Council President Pro Tempore Michael Correia. “Investing in sidewalks and street trees are important to my neighbors and helps create pride and place. Taxpayers deserve to have city services that work for them, and as long as I am in office that is where I am laser-focused.”

President Pro Tempore Correia has allocated $6K for street trees on Academy Avenue, Atwells Avenue, Chalkstone Avenue and Berlin Street in Ward Six. He has also authorized $100K for the repair and replacement of sidewalks along Academy Avenue and is installing a pedestrian push-to-walk button installed at the corner of Manton Avenue and Sisson Street.

“As a City Councilor I am awarded funds through the Neighborhood Infrastructure Fund and I ensure that every penny is spent on bettering the Ward. Fixing and repairing these sidewalks will provide pedestrians safe places to walk, homeowners pride in their property, and along with the street trees will help to beautify the neighborhood.”

The infrastructure work is expected to be completed no later than the end of November.

Today, for the first time, I was made aware of an ongoing plan to create a nightclub district bordering my ward. This idea, championed by Dylan Conley, chair of our City’s Board of Licenses, and supported by a couple of my colleagues, is concerning to say the least. Even more disappointing is the fact that my neighbors and I have been left out of the conversation leading up to the big announcements over the weekend and this morning.

Surely, the next Councilor from Ward 10 (where this district is being considered) should’ve had a say before this type of proposal went public. Undeniably, our families and business owners are often taken for granted when grand developments are envisioned in our community.

Too often, the Southside is used as a dumping ground for the ideas no one else is willing to house in their own backyards. While homeless shelters, social service agencies, and rehab centers (just to name a few) are all worthwhile investments, why is it always the Southside community that has to compromise quality of life for the better good?

My neighbors and families deserve better than the treatment they’re too often afforded. This idea, like too many others, devalues our voice and assumes indifference. I’m hoping to learn more about this nightclub district proposal in the coming days and hope that my constituents are formally invited to the table.