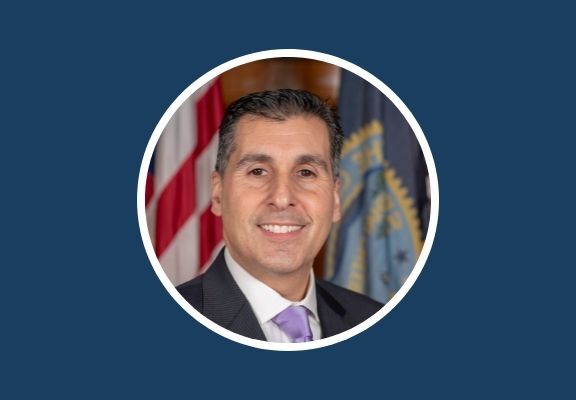 City Council President John J. Igliozzi, joined by other Council colleagues has sent an open letter urging Mayor Jorge Elorza to work with the Council to reclassify the Community Relations and Diversion Services Police Major position to a Public Safety Community-Police Liaison, and to clarify that the new role is a civilian position. The open letter also notes that the Council is prepared to authorize a new Police Major position to provide a much-needed opportunity for a minority police officer to rise within the department’s ranks.

Today, the budget ordinances will be reintroduced to rename the new position and clarify its scope and role, and to create a new Police Major position.

The full open letter to Mayor Elorza can be found in PDF format using this link.

“The City Council strongly supports the creation of a Community Relations and Diversion Services Major position to build greater trust between our police force and the diverse communities of our city. That is why we included funding for such a position in our FY 2022 budget.

Michael Stephens has a commendable record of community leadership and service with the Providence Recreation Department. These are admirable qualifications for a civilian community-police liaison position.

They are, however, not the qualifications for the position of Major within the Providence Police Department’s command structure, particularly as many other trained officers have worked hard to move up the ranks within our police force.

The City Council stands ready to work with Mayor Elorza to change the name and scope of this position from Providence Police Department Major to Public Safety Community-Police Liaison. This will resolve any confusion about roles and make clear that this is a civilian position.”

Last night, the Providence City Council honored the 13 U.S. service men and women members and 90 Afghans who lost their lives in a suicide bombing at Hamid Karzai International Airport on August 26th. Council President John Igliozzi led the full Council in honoring the servicemembers during the Council meeting’s invocation, recognizing each fallen service member, followed by the playing of the “taps” bugle call.

“The City Council honors the 13 U.S. service men and women who made the ultimate sacrifice defending our country,” said Council President Igliozzi. “We honor them for their service to our nation and our condolences go out to their families and loved ones during this difficult time.” 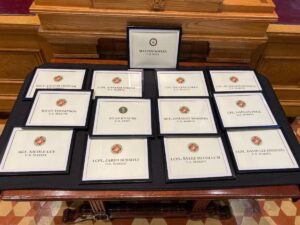 “The Superman Building is an icon of our city that has sadly been sitting vacant for eight years. All options should be explored to save this beautiful and historic structure, including opportunities for redevelopment by the current owner, and ownership transfer. There are many tools the city and state have at their disposal to make sure the Superman Building is given a second life, and I look forward to input from Providence residents, the business community, planners, preservationists, economic development experts, and my colleagues in government as we continue the public discussion on the fate of this iconic building.”

30 ATVs confiscated in just the last two weeks, since Igliozzi and Ryan called for enforcement of the City Council’s ATV ordinances

City Council President John Igliozzi (Ward 7) and Councilwoman and Finance Chair Jo-Ann Ryan (Ward 5) are commending the Providence Police Department for cracking down on illegal ATVs, which led to the seizure of 30 ATVs over just the last two weeks.

“Nearly three weeks ago, I called a special session of the Providence City Council to address crime including roving gangs of illegal ATVs that have been terrorizing our neighborhoods,” said Council President Igliozzi. “At that hearing, I called for immediate action to enforce existing City Council ordinances designed to stop these illegal vehicles. That is why I am so pleased to see the reports that 30 ATVs have been confiscated in just the last two weeks. This is an impressive increase in enforcement given that over the past 4 years, only approximately 50 ATVs have been confiscated each year. I want to thank the Providence Police Department and our dedicated police officers for their work on this important public safety and quality of life issue, and for permanently removing 30 more illegal ATVs from our streets.”

“Out of control ATV gangs have been thumbing their nose at our laws and causing fear in our neighborhoods for far too long. In 2017 I drafted and enacted legislation to keep dangerous ATVs off our City streets. In doing so, my Council colleagues and I created a clear, legal framework that prohibited the operation of illegal ATVs and gave the Providence Police Department the power to seize and destroy any ATVs operating illegally. I want to thank the Providence Police Department for recently confiscating 30 of these illegal vehicles and responding to our call for enforcement,” said Councilwoman Ryan. “While there is more to be done, this is real and immediate action to enforce ordinances already passed by the City Council to keep our neighborhoods safe.”

“I am proud to unveil impressive new improvements to Merino Park today. Working with neighbors, the WRWC, the Parks Department, and the Mayor, we have been able to build on the growing list of amenities Merino Park has to offer our community., Residents can now enjoy a beautifully revitalized basketball court and soccer field, along with the other activities areas and green spaces. Parks are a crucial component of quality of life in our city, and I am always glad to allocate funding and resources to ensure that children, families, and people of all ages have access to beautiful, well-maintained parks in every neighborhood,” stated Council President John J. Igliozzi.

Igliozzi, an advocate for city parks, established the City Council Parks and Recreational Trust Fund Account in 2015, which requires developers receiving tax stabilizations to contribute a percentage of their reduced property taxes to the trust fund to go towards parks and recreation capital improvement projects. These recent improvements are the most recent in the Council President’s long-term effort to transform Merino Park. Throughout his tenure with the City Council, Igliozzi has invested nearly $1 million in the park, including the construction of the Woonasquatucket Adventure Park which opened in October 2019, a new playground, new lighting, a new parking lot, security cameras, and a water park.

“We are committed to making Providence a vibrant, thriving community, and that includes providing recreational and green spaces our community can enjoy,” said Mayor of Providence Jorge O. Elorza. “The improvements unveiled today at Merino Park make the park an inviting place for all, and I’m appreciative of our partners on the City Council and in the community who helped make these park improvements a reality.”

The Parks Department oversaw the design and construction for the project, which includes a newly resurfaced basketball court and installation of new backboards. Additionally, the soccer field was revitalized with new turf and irrigation. Council President Igliozzi allocated $113,450 in Capital Improvement Plan funding towards these necessary improvements.

“There is something for everyone along the Woonasquatucket River Greenway,” said Wendy Nilsson, Parks Department Superintendent. “We are thrilled to enhance and revitalize the well-used courts and field at Merino Park as part of our ongoing work to improve courts and fields throughout our City parks.”

Merino Park has over 18 acres of recreational and green space open to the public and is located at 265 Hartford Ave in Providence. This summer, the Parks Department has worked to revitalize seven parks across the city including Arthur and Ruby Lawrence Park, Major Park, Brown Street Park, Father Lennon Park, Morris Ave Tot Lot, Annie Morris Park and the Blackstone Park Woods Trail.

“I commend the Parks Department and my City colleagues for their dedication to the consistent improvement of parks and green spaces in our city. In my role as a city councilman and on the board of parks commissioners, I know the pivotal role that parks play in the social and physical well being of young people in our city. I look forward to continuing these improvement efforts across the city of Providence,” added Senior Deputy Majority Leader Nicholas J. Narducci Jr.

To learn about parks in your neighborhood, visit the Parks Department interactive map here: https://bit.ly/3jsvoao