Statement from Councilwoman Jo-Ann Ryan Regarding Illegal ATVs in Providence

Statement from Councilwoman Jo-Ann Ryan Regarding Illegal ATVs in Providence

“I was pleased to learn that the Department of Public Safety and the Mayor’s administration today announced plans to proactively enforce the ATV laws that the City Council has enacted. As we approach the warmer months, the threat of these dangerous and illegal ATVs looms over our neighborhoods.

As a freshman Councilor, I got to work drafting and enacting legislation that would keep dangerous ATVs off our City streets. In doing so, my Council colleagues and I created a clear, legal framework that prohibited the operation of illegal ATVs and gave the Providence Police Department the power to seize and destroy any ATVs operating illegally.

Since my legislation was enacted and the City Council created the ATV taskforce, law enforcement officials and local leaders came together to create strategies which resulted in 250 illegal ATVs being removed from our streets.

Despite our advocacy, these laws do not work unless they are enforced. I look forward to the Police Department’s continued commitment to these laws, which will serve to protect Providence drivers, pedestrians and bikers.

I encourage all residents to alert law enforcement and to report the location and operation of illegal ATVs and dirt bikes in Providence by calling 401-680-8288. Let us all do our part to keep our city safe,” stated Finance Chairwoman Jo-Ann Ryan.

At tonight’s City Council meeting Finance Chairwoman Jo-Ann Ryan sponsored a resolution, passed by the full City Council, honoring Retired Providence Fire Chief George Farrell for his work as Chairman of the Rhode Island Honor Flights Club. Mr. Farrell and his family attended the meeting and were honored with a City Council citation.

George Farrell served over 30 years in the Providence Fire Department, working his way up through the ranks from firefighter and eventually serving as chief from 2007 until his retirement in 2011. He also served as the Rhode Island State Fire Marshall from 2006-2007. Since retiring, Chief Farrell has remained active in his community as the chairman of the Rhode Island Fire Chiefs Honor Flight Club which is dedicated to honoring veterans by offering no-cost trips to the Washington DC monuments for veterans of World War II and the Korean War.

“Chief Farrell built a laudable career as a public servant and has continued into retirement with a perennial dedication to serving his community. Thanks to his work, hundreds of veterans have had the opportunity to visit our nation’s capital and see the monuments that have been built in their honor. I am proud to honor Chief Farrell with my Council colleagues tonight and I thank him for his years of service to our city and our veterans,” stated Finance Chairwoman Jo-Ann Ryan (Ward 5). 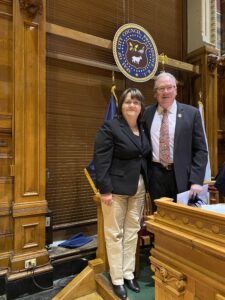 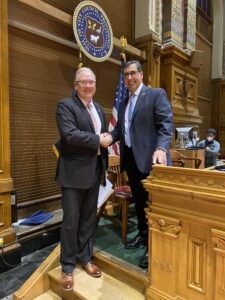 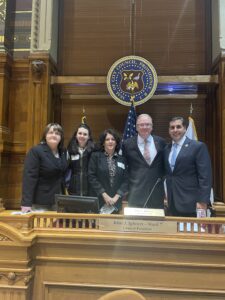 The Council’s Committee on Finance voted unanimously tonight to continue the ongoing discussion regarding the process involved in hiring of the Community Relations and Diversion Services Administrator (originally posted as a Police Major position) in the police department. The lengthy Committee meeting included testimony from Public Safety Commissioner Steven Paré as well as two members of the selection committee—Kira Wills and Wole Akinbi.

The City Council voted unanimously at its October 21st meeting to send the budget ordinances creating the position back to the Finance Committee after new questions about the hiring process surfaced.

Finance Chairwoman Jo-Ann Ryan stated, “Unfortunately, the documents requested by Commissioner Paré in advance of this meeting were not provided to the Committee or to the Internal Auditor. The Commissioner continues to refuse to provide these documents, despite the Internal Auditor’s authority by City Charter to obtain them,” Ryan stated. “What was troubling this evening was that the Committee heard substantially conflicting testimony from members of the selection committee and the Commissioner. Therefore, we voted unanimously to continue the matter until the requested documents are provided to the Committee for review.” (October 22nd letter from Chairwoman Ryan to Public Safety Commissioner Steven Paré requesting a series of documents regarding the hiring process is attached).

Regarding tonight’s meeting, Council President John J. Igliozzi stated, “The Council has a duty to address any potential appearance of impropriety in the selection and hiring process for this important new position. I support the Finance Committee’s continued efforts to ensure we uphold fairness, equity and transparency related to the hiring for this position, which the public has clearly and repeatedly prioritized.”

Chairwoman Jo-Ann Ryan (Ward 5) and the members of the Committee on Finance voted unanimously tonight to approve the recommendation of Ferenc Karoly for the position of Executive Director of the Providence External Review Authority (PERA). The matter will next be voted on by the full City Council for final approval.

“I was impressed by Mr. Karoly’s extensive career in law enforcement and his history of service. He brings decades of experience and integrity to the table as the City Council works to fill this important role. I look forward to seeing what Mr. Karoly can do to promote transparency and accountability within the Providence Police Department,” stated Councilwoman Jo-Ann Ryan.

Ferenc Karoly is a veteran of the United States Navy and currently works as an attorney. For 15 years, he served the Middletown Police Department, starting as a patrol officer and working up to the rank of Deputy Chief of Police. Mr. Karoly holds a Juris Doctor from Suffolk University and a Criminal Justice Certificate from the Federal Bureau of Investigation Academy.

“Our city is facing a spike in crime and a corresponding staffing shortage within the Police Department. It is crucial that our law enforcement officers are held to the highest standard of service and professionalism. I am confident that Mr. Karoly will lead PERA with a laser focus on justice and public safety in the city of Providence,” added Ryan.

PERA was established in 2002 to create a system for civilian oversight of the Providence Police Department. Members of PERA investigate and conduct hearings regarding allegations of misconduct by Providence Police officers. The Executive Director of PERA serves two-year terms and oversees all PERA staff and investigations.