The Prince Hall Masonic Temple in South Providence is a landmark institution that has done so much to support our City through the years. Just recently holding food and toy drives for community members in honor of the Christmas season.

I extend my deepest sympathies to the Most Worshipful Grand Master Clarence R. Snead Jr. and the Rhode Island chapters’ members for their devastating loss.

Luckily no lives were lost and I know that the brotherhood will rebuild and continue their great legacy and work. 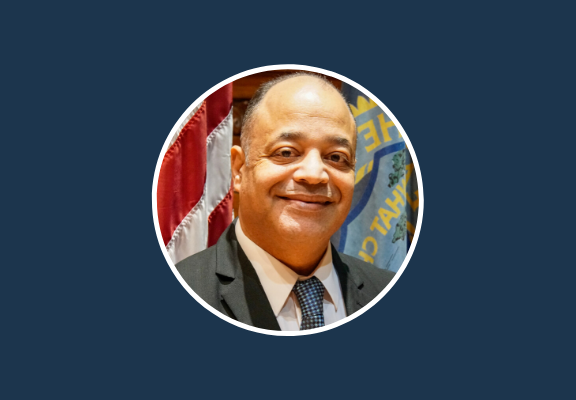 I was devastated to learn the news that a fire had destroyed the Prince Hall Masonic Temple earlier today. I was just there yesterday supporting their annual Christmas toy giveaway. This is such a loss for my community.

For years, the Masons have been doing important community work in South Providence by hosting food and toy giveaways in our neighborhood.

The membership and leaders have risen to the occasion time and time again to help those in need in our community. Their commitment to philanthropy, community engagement, and education has helped shape our City.

I join the chorus of voices offering my sympathies and will do all I can to help them rebuild so that they can continue in service to each other and the community.

Last night, a group of protestors gathered outside my family home. While they’re within their right to dissent with my public positions as an elected official, their trespass and use of illegal fireworks on my property did not adhere to the spirit of democratic debate but was instead meant to intimidate and coerce.

They’re also reducing my call for the administration to design a city-wide public safety plan to be only about adding on more officers. Whether purposeful or not, this position minimizes the scope of what my resolution calls for to be simply about more enforcement. This position is incorrect.

My resolution also calls for more training for officers to be better able to equitably serve our diverse communities. It calls for an intentional commitment to invest in a social service and mental health responders program so we can stop imprisoning those amongst us who struggle with mental health.

While my resolution also calls for the convening of a new police academy without further delay, the impetus isn’t because I think we’re going to arrest our way out of our problems, but because we’re currently at an all-time staffing low and we are at risk of losing so many officers due to retirements and infection from COVID. There are currently around 113 officers eligible to retire and we’re risking peace and security if we don’t replace them while we can.

Abolishing the Providence Police Department is not the answer.

However, building up our Police Department from within the community, creating community policing where residents know the men and women who serve their neighborhoods, designing a curriculum for officers so that they are more culturally aware and empathetic, and a social response component are affirmative steps in the right direction. Our approach needs to be collaborative and holistic.

I look forward to continuing robust, respectful, and productive conversations regarding the future of our police department and public safety as we continue to push through this difficult time for the City we call home.

“Public safety is a vital component to our City’s budget, and our residents and taxpayers expect that we will have an adequate police force to protect them if they come into harm’s way,” stated Chairman John J. Igliozzi, Esq. “Last night, our Committee was able to ensure that our Public Safety division had the appropriate allocations to fund a new Academy and would be able to move forward without further delay.”

With the help of the City’s Chief Financial Officer Lawrence Mancini and the City’s Internal Auditor Gina Costa, Chairman John J. Igliozzi, Esq., and Vice Chairwoman Jo-Ann Ryan confirmed that there are currently ample funds available to move forward with the current police academy while also maintaining the salaries of officers currently employed by the City. This funding was approved in the FY ’20 budget, and through attrition and current spending, the dollars remain available and even allows for a surplus in the division. Over the past several weeks City Councilor’s have called on the Mayor and the Commissioner to launch a new Academy and were told that the funds were not available to move forward. However, funding exists and removes any perceived roadblocks that contributed to the 2019-2020 police academy’s slow progression.

“Our police department is losing more officers than it is bringing on. We need to continue to recruit and train diverse and culturally competent new officers, especially during this time of unprecedented violence and crime in our City. There are young men and women out there who are ready and willing to serve. As a City, we need to actively seek out these selfless individuals so that our police department can continue to progress and improve. I, along with my colleagues, ask that the Academy move forward without any further delay, and I am very pleased that the Committee and the City’s finance teams identified funding to make this happen. Additionally, I look forward to working collaboratively with Family Services of Rhode Island and our finance teams to enhance the social services component of our policing,” added Vice-Chairwoman and Majority Leader Jo-Ann Ryan (Ward 5).

Currently, 119 young men and women are participating in the Providence Police Academy enrollment process. This multi-phase Academy includes recruitment, physical training, personal interviews, and background checks. The Academy is currently working through the interview portion for a cohort recruited in November through January of 2019.

It is prudent that we not stall the new Academy any further. The Council cannot responsibly pass a budget until they get a clearer picture of what amount the City will receive in State aid. However, with the current allocations, this new cohort can begin in earnest.

With approximately 113 officers currently eligible to retire from the Providence Police Department, it is crucial that the police academy moves forward and recruit more officers. A well-staffed police department in the City of Providence consists of anywhere between 450-500 officers. Because of retirements, the COVID-19 pandemic, and officers who have been injured while on duty and are unable to work, the Police Department is understaffed.

I am calling on Mayor Elorza and Commissioner Paré to let the police enforce the laws around the illegal use of ATVs and dirt bikes. These laws are in place to protect Providence citizens from these nuisance vehicles, and we need to take action now.

The unrest that many are feeling is palpable, but the violent protesting is not helping our community. It is only causing further divides. If we are to come together as a City and fix the issues at hand, we must do so peacefully and safely. The Black Lives Matter movement has shown us that peaceful protest works and can affect change. We are seeing in our streets is not peaceful, and I commend our police department for their steadfast courage and bravery as they have been taunted, jeered, and even had bottles thrown at them over these past several nights.

I would like to remind both the Mayor and the Commissioner that they took an oath to protect the citizens of Providence, and I would call on them to once again come out and support our police department and work to bring order back to our City.

Again. last night, there was another murder in Providence. Our residents are living in fear of leaving their homes because of this spike in violent crime. The majority of the residents of Providence want our police to serve and protect. When they are called away because of violent protesting, they are being taken away from individuals who are in need of help. I have the utmost respect for individuals who utilize their First Amendment right to protest peacefully and encourage it. That said, the violence that is erupting in our City is alarming, and we need to support our police department to protect our communities and keep them safe.

As a City Councilman and a lifelong citizen of Providence, I can’t recall a time when our City has felt so unsafe. I have heard from countless members of my community who are hardworking taxpayers, and their message has been consistent: We want our City back!

Mayor Elorza and Commissioner Paré, we must take action immediately and listen to our residents. This fear and animosity we are witnessing will only go to make things worse unless we act today.