“I meet with residents every single day, and the complaint I hear the most is about how unsafe they feel walking in our neighborhoods,” stated City Council President Pro Tempore Michael Correia. “The issue is that too many people use our city streets like speedways. With the installation of speed lumps strategically placed throughout the Ward, and an increase in Police patrols we will see calmer and safer streets.”

The speed lumps will be located at:

The Providence Police Department was asked by President Pro Tempore Correia to increase patrols in the area of Manton Avenue, Amherst Street, and Academy Avenue.

Pro Tempore Correia continued, “ATVs and Dirt Bikes have long been a nuisance in our community, and I have worked to create policies that address this issue. We are serious, and if you are caught on the streets on one of these vehicles you will be ticketed, and the police will confiscate and potentially destroy your property.”

All traffic calming measures in Ward Six are ongoing and will be completed by the end of summer.

Statement from Councilman David A. Salvatore:

This morning at 2:00 AM a car crashed into a restaurant located on the corner of Eaton Street and Douglas Avenue. The crash caused a great deal of damage to the building, and the driver left the scene of the crime. The Providence Police Department (PPD) is actively looking for the perpetrator, and I have been in contact with Chief Hugh Clements and am being updated. If you have information regarding this incident please call the police at 401-272-1111.
Speeding in this corridor has been of great concern to my neighbors, and I have been working with the city’s traffic engineer and the Department of Public Works (DPW) to implement traffic calming measures in this area. To date, at my request, the DPW has installed new lighting and crosswalks are slated to be installed later this year.
Quality of life is one of my greatest concerns as a City Councilor, and I continue to advocate and allocate funding for these much-needed traffic calming measures. In the coming weeks, I will be working with the team at the DPW and the PPD to implant these measures and to have more speed patrols in the neighborhood. I will also be meeting with area businesses to address their concerns around speeding, and the effect it has on their business.
—David A. Salvatore, Councilman
Providence City Council – Ward 14 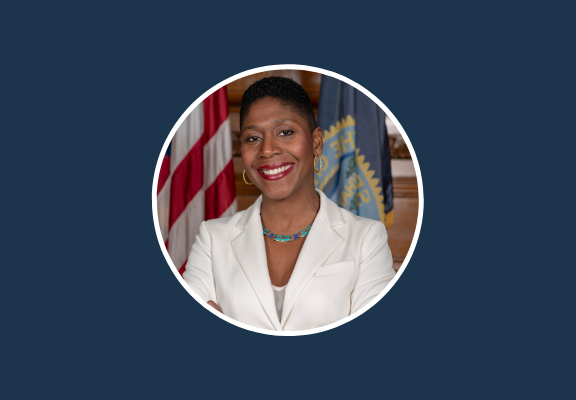 Last night, my colleagues on the City Council passed a series of text changes to the zoning ordinance that would place reasonable restrictions on short-term rentals in some residential neighborhoods.

About a year ago I, along with former Councilman Sam Zurier, put forth these text changes after several community conversations regarding issues that were affecting our neighbors due to short-term property rentals, such as those found on Airbnb. We had multiple community meetings; we listened to the constituents who had concerns, as well as those who were Airbnb hosts, and we worked with the City’s zoning department to develop the most suitable guidelines to attempt to meet both Airbnb host and non-host needs.

I believe that people should have the right to make decisions about their homes and have options for making incremental revenue, but not at the cost of our neighbors’ quality of life.

On many occasions we have heard stories of parties that got out of hand, damage sustained to properties both rented and near by, or neighbors unable to leave for work because their driveways were blocked. We couldn’t sit by and let that happen. What makes Providence so special is the vibrancy and diversity of our neighbors and residential communities. It is important that we maintain the safety and integrity of our communities.

This series of text changes is quite simple compared to other cities. It requires short-term rental properties to be owner-occupied and permitted through a new registration process with the City’s Department of Inspection and Standards.

As the original co-sponsor of this ordinance, I am very happy to see it come to fruition and believe that our neighborhoods will be better and safer for it.

I thank the Chair and members of the Ordinance Committee, my council colleagues and all the residents who came out to share their concerns or support so that we can now have an administrative process that will protect our communities.

In honor of the National Public Works Week Council President Pro Tempore Michael Correia, Chairman of the Committee on Public Works and his colleague Senior Deputy Majority Leader Nicholas Narducci Jr. hosted a luncheon in appreciation for the hard work of the men and women of the Providence Department of Public Works.

Tonight, the City Council passed for the final time the Committee on Ordinances’ recommendation for text changes to the zoning ordinance that will work to limit short-term rental units in the City of Providence.

“This text change preserves the quality of life in our residential neighborhoods,” stated Majority Leader Jo-Ann Ryan (Ward 5) and Chairwoman of the Committee on Ordinances. “It will help protect the much needed housing stock in the city of Providence, and this minor change to the zoning ordinance will put limitations on short-term housing rentals in only residentially zoned neighborhoods. With a decrease in housing stock due to short-term rentals, our residents are finding it harder and harder to find an affordable home. These short-term rental units being off the residential rental market are increasing the cost of other rental units, and we need to consider the needs of all our residents.”

With the growth of company’s like Airbnb city’s like Providence have found themselves at a crossroads. How do we protect our neighborhoods, our shortage of housing stock, and also embrace investment opportunities for our residents? The Council believes that by making these slight text changes to the zoning ordinance in residential neighborhoods we will achieve that end.

The text changes will require all short-term rental units to be in owner-occupied dwellings in residentially zoned neighborhoods, and owners will need to get a FREE permit from the City’s Department of Inspection and Standards yearly.

This decision came after much discussion and deliberation with community members and city planning officials.  The City Planning Department held a public hearing in 2018, and just this past May the Council’s Committee on Ordinances held a well attended public hearing on the matter.

This modest text change to the zoning ordinance will preserve housing stock, quality of life for our neighbors, and will continue to allow investment opportunities for residents.