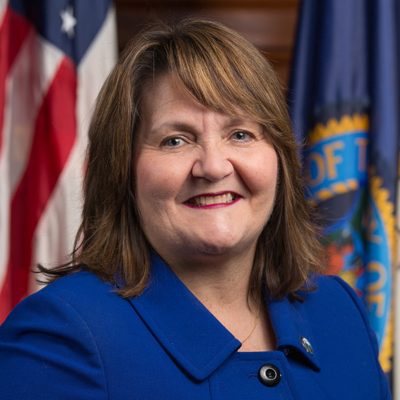 Councilwoman Jo-Ann Ryan was first elected to the City Council in 2014 and was re-elected in 2018. She represents the residents of Ward Five, which includes the neighborhoods of Elmhurst, Mt. Pleasant, and Manton. She serves as Chairwoman of the Committee on Finance.

Councilwoman Ryan introduced and led the successful passage of the landmark Providence Plastic Bag Reduction Act, which was approved by the City Council on Earth Day 2019. She led the Council initiative to modernize and reform the City’s Board of Licenses, resulting in the General Assembly passing the recommended licensing laws in 2017. Councilwoman Ryan grew up in the neighborhoods she represents and is a strong advocate for neighborhood and community investment. Recognizing the significance of the neighborhood library to young people and families, she actively supports the Mt. Pleasant Community Library as well as the entire library system. She established the Armand E. Batastini, Jr. Recreation Center to provide high-quality, safe afterschool programming for area youth. She worked to revitalize and improve the Mt. Pleasant High School baseball field, as well as supported the development of the school’s music program. She has brought improvements to the many parks throughout Ward Five, including Viscilosi Park, the Pleasant Valley Parkway, and Mount Pleasant Park. Additionally, Councilwoman Ryan is responsible for the complete rehabilitation and renovation of the historic Conley Stadium on Mount Pleasant Avenue, transforming it into a premier multi-use athletic facility.

Councilwoman Ryan and her husband, Attorney Thomas J. Ryan, are active members of their community and are members of St. Pius V Church. They are the proud parents of two adult children, Attorney Brendan F. Ryan and Megan F. Ryan, MBA, TCRG.