What is the budget?

Every year, the Mayor of Providence submits to the City Council a plan explaining how the city will earn money (revenue) and how the city will spend its money (expenditures).  This plan is known as the budget and includes detailed description, broken down into two different segments: 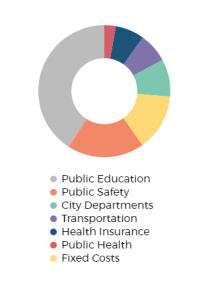 The Operating Budget pays for departments and services throughout the city such as:

The BPS budget is technically a part of the Operating Budget, but because it takes up nearly 1/3 of our operating costs, it is usually considered on its own.  The BPS operating budget pays for things like: 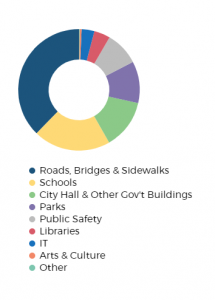 The Capital Budget is a 5-year strategy submitted by the Mayor and approved by the City Council for major projects such as:

The capital budget can be thought of as an investment in our city.  Think of it like putting a new roof on your house.  You spend a lot of money up front, some of which you may borrow as a loan, and you reap the benefits for years after.

Where does the City Council’s role come in?

VOTING AND YOUR VOICE

The mayor submits the budget but the City Council has to approve of it.  The Council will vote on the budget in June, voting once on the operating budget and voting twice on the capital budget.

The City Council holds public hearings on a lot of the big budget items we eventually vote on.  For example. we will call in Boston Public Schools to explain what the taxpayer’s money will go towards.

The City Council also has the ability to advocate for additional funding to programs and services we feel are important to the city.