As the city of Providence and the State of Rhode Island commit to lead the nation in presenting a truthful and inclusive history of its residents, a significant thread currently absent from State historical narratives of Rhode Island’s rich history: the Cape Verdean experience, an archipelago of ten islands off the West Coast of Africa and the first sub-Saharan African people to immigrate to Providence, Rhode Island, voluntarily.

“I stand on the shoulders of giants, and I am honored that I could help celebrate my Cape Verdean heritage and the elders in our community,” stated Councilman John Goncalves. “The Cape Verdean community is one that plays an important and integral role in the modern economic history of our City. If you visit India Point Park today, you can still see the logs in which the longshoremen would move goods from incoming ships, many of those longshoremen were Cape Verdean. I was honored to visit with our elders and present them with a City Council Proclamations for their dedication to the community.”

The new immigrants sailed and arrived in 1892 on the packet ship Nellie May captained by Antonio Coelho. The community settled and continued to grow in the historic Fox Point area including Tockwotton and Sparrow Parks near the waterfront and the Port of Providence from the late 19th through the mid-20th century. The close-knit Cape Verdean neighborhood of tenement homes and businesses stretched contiguously through Tockwotton, then along South Main, Pike, Brook, Traverse, and Wickenden Streets all of which are located in the City’s First Ward.

Councilman Goncalves was joined by Fox Point Cape Verdean Heritage Place, Inc.’s Vice President and Project Director, Claire Andrade-Watkins, PhD., and Director of Publicity and Community Engagement, Michelle Cruz to hand-deliver City Council Proclamations to each of the recipients. (They ensured social distancing and safe delivery between the elders and the group.)

“I was born in Fox Point, and I’m Cape Verdean…It gave me the sense of who I was and where I was from. South Main Street has many many memories for me. South Main Street had a lot of pride in the fact that we were a neighborhood that loved each other. It was also a time where you walked to school or wherever you went, you were proud to say, ‘I’m a Fox Pointer,'” stated Domingo “Mingo” Lopes, Retiree, Local 1329, International Longshoremen’s Association (I.L.A.).

For more information on the Fox Point Cape Verdean Heritage Place, visit them on the web at http://fpcapeverdeanhp.org/ 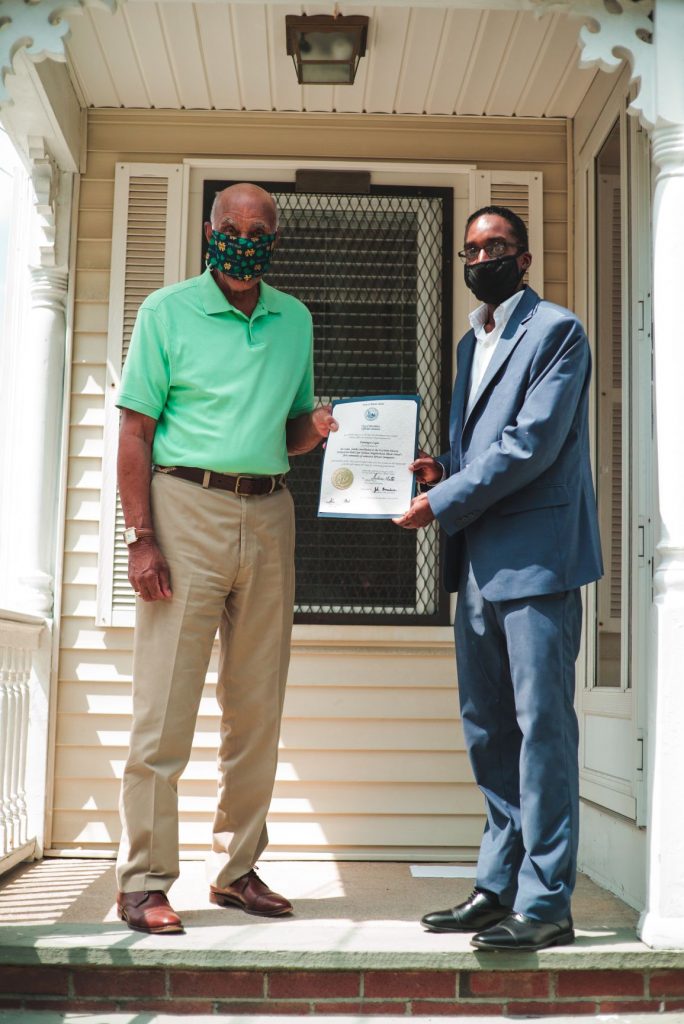 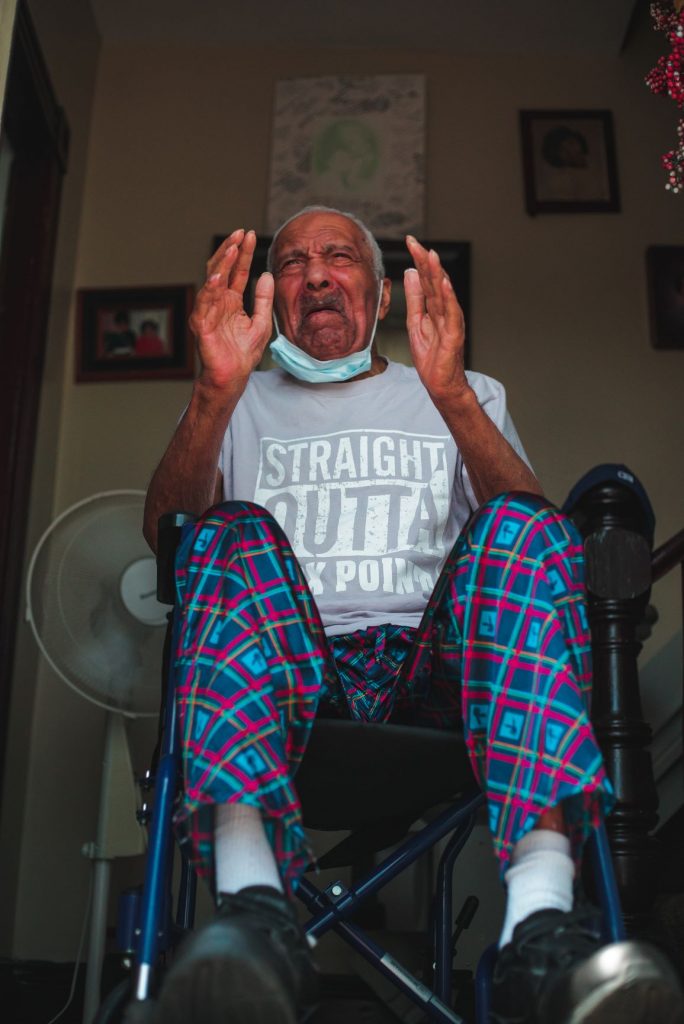 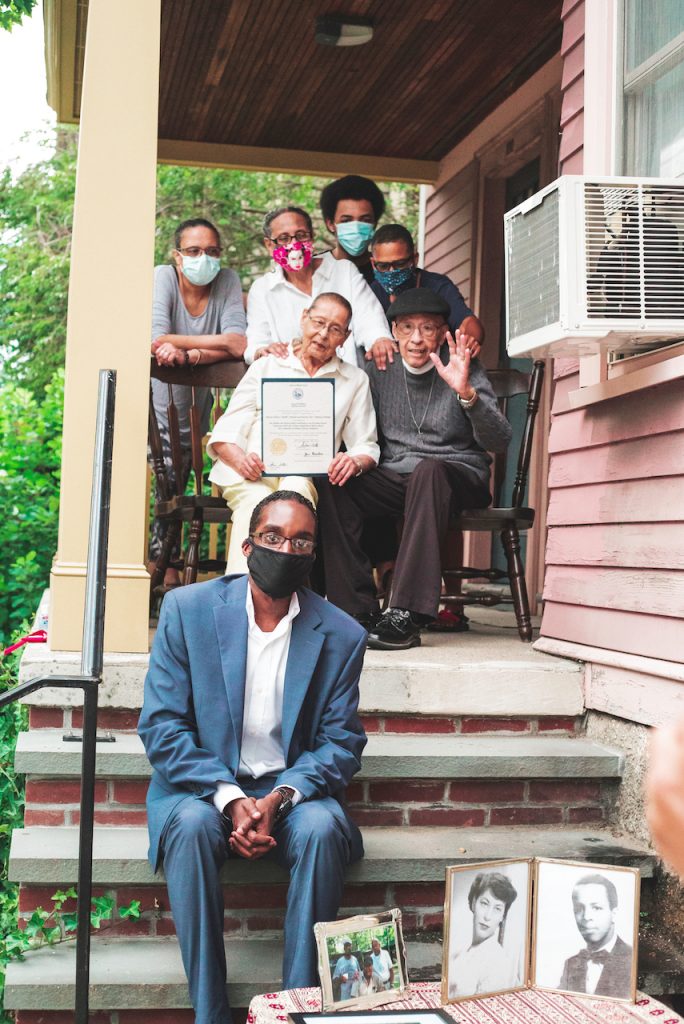 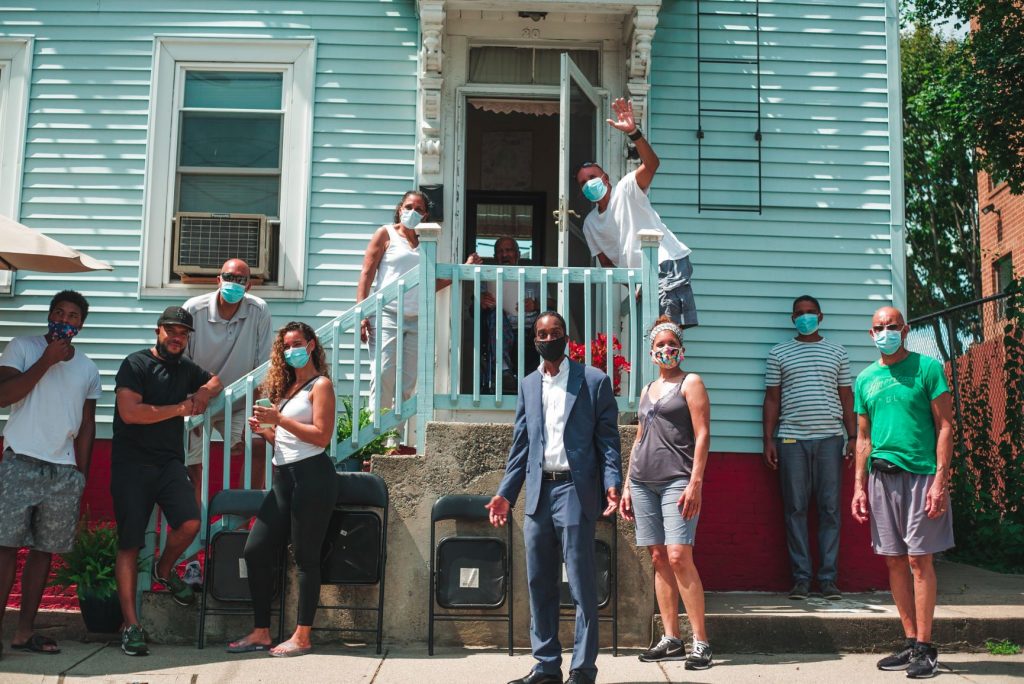 John “Johnnie” Britto (in doorway) with his family and Councilman Goncalves 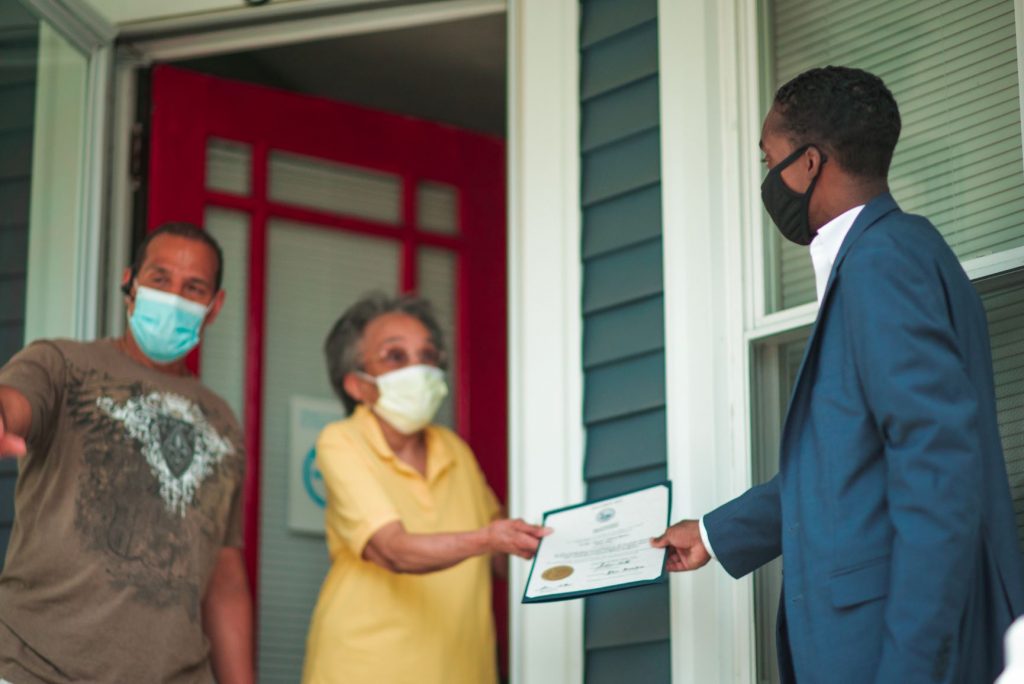